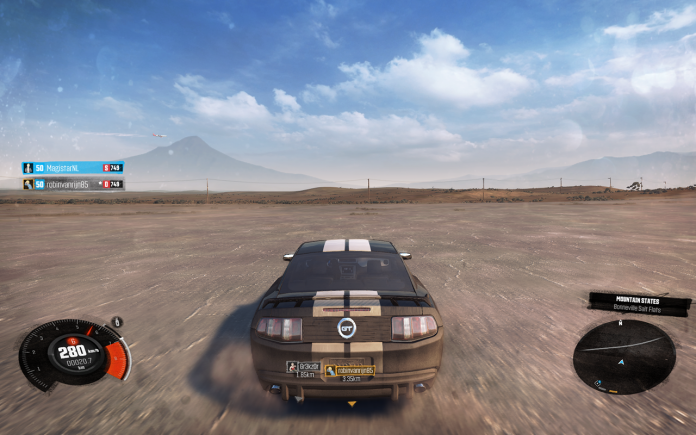 The Crew features 17 cars that can be equipped with a “street” spec. Which of these cars is the best? Obviously this will be hard because all cars have pro’s and con’s and there are a lot of different tracks. But let’s try to find out!

All cars in this test have been equipped with Level 40 bronze performance parts (a tuner level 40 starter kit). Furthermore all performance enhancing perks were enabled (handling, braking, top speed, acceleration). These two factors combined make sure all cars have an identical performance rating of level 749.

The following table displays all raw values as displayed in The Crew on 19 January 2015. All stats were archived on screenshots.

Real World Testing in The Crew

It is good to know how the stats of the different street specs compare, but how does this translate in performance? The only way to know for sure is “real world” testing.

Top speed methodology: Accelerating across the salt flats until the approximate top speed is achieved. After that point no more nitrous was used and we let the car stabilize at its natural top speed. The delta row shows the difference between the highest value.

Acceleration methodology: Acceleration was tested at Speed Skill 83 at the Bonneville Salt Flats (Mountain States). All cars were “launched” while depleting their full nitrous charge. No further nitrous was used to complete the challenge.  The nitrous button was held down before accelerating to ensure identical starts. By using the map to fast travel on the Speed Skill itself we can be sure the car always started on the exact same spot. The delta row shows the difference between the highest value.

Which of these cars should not be used for competitive racing?

Some cars are troublesome and disqualify themselves based on acceleration test:

If we look at top speeds then the following cars are lagging behind:

Note that the Ford Focus RS 2010 seems to be quite popular in PvP. It is possible its superior grip makes up for the slower acceleration. Further testing (e.g. track times) will be needed to confirm this.

What is the best Street Spec car?

The Mini Cooper S has the best acceleration of all street spec cars. The Nissan Skyline GT-R (R34) is not far behind with a difference of 15 points. The Crysler 300 SRT 8, Dodge Charger SRT-8 and Chevrolet Camaro RS 1969 all perform reasonably well.

If we look at top speeds then three cars are identical; The Nissan Skyline GT-R, Mini Cooper S and the Nissan 370Z.

If we combine the test scores of acceleration and top speed  then two winners emerge;

Obviously there is room for additional testing. All these cars should be tested on a repeatable track so that the true effect of handling can be taking into account. This guide already took a lot of effort (and bucks), but it is planned for a future update :)! 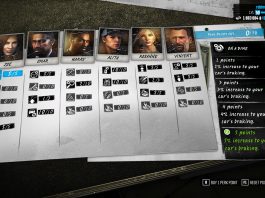 The Crew guide – The Crew Perks overview and the best... 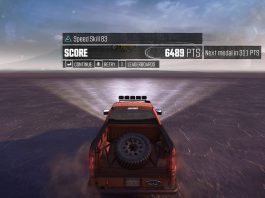 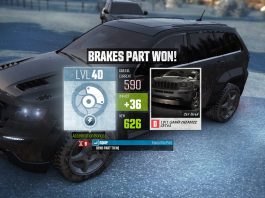 The Crew Guide – Fastest way to level your car rating