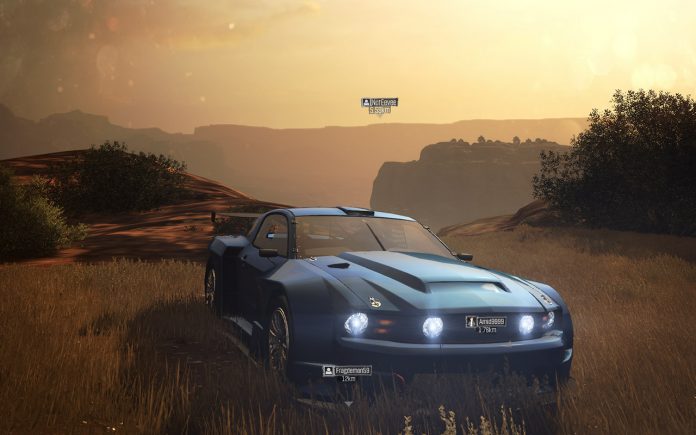 New to the Crew? Unsure about what car you should purchase first? Do not worry we have tested all starting cars for you!

After the tutorial you will be taken to the Detroit garage. At first four different cars will be available. 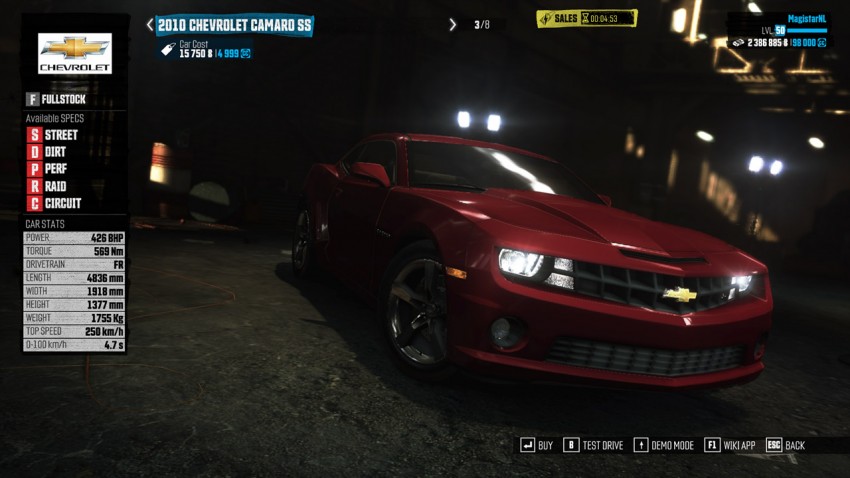 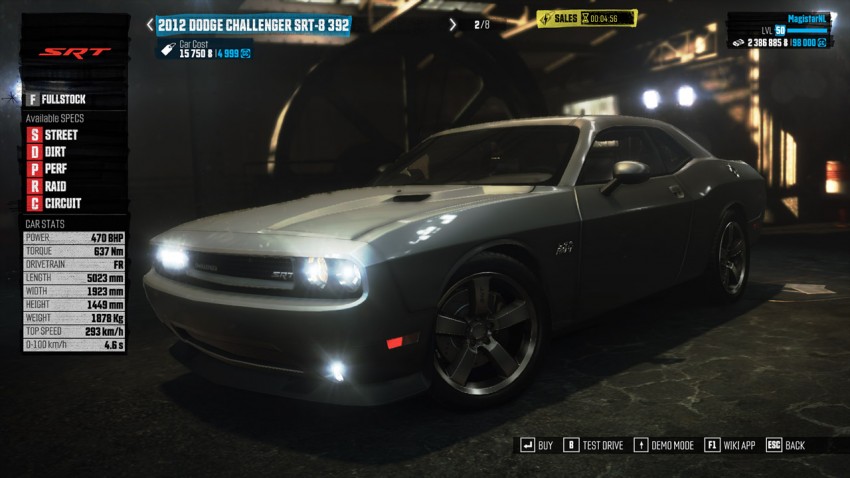 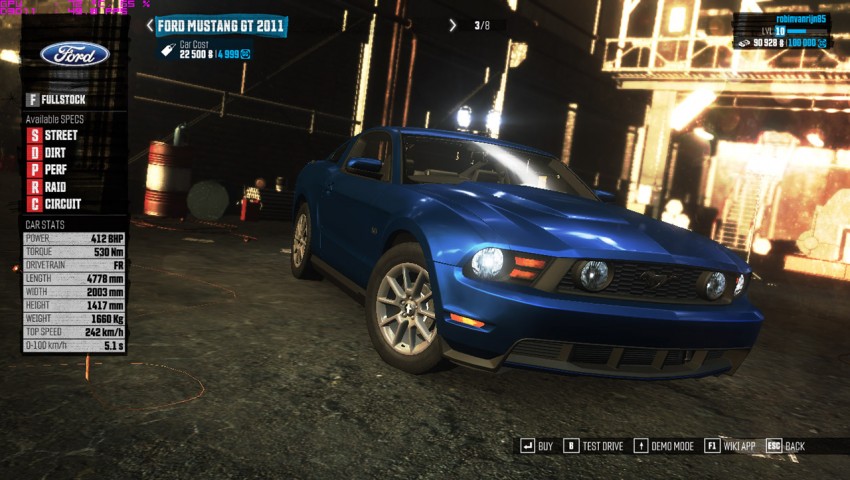 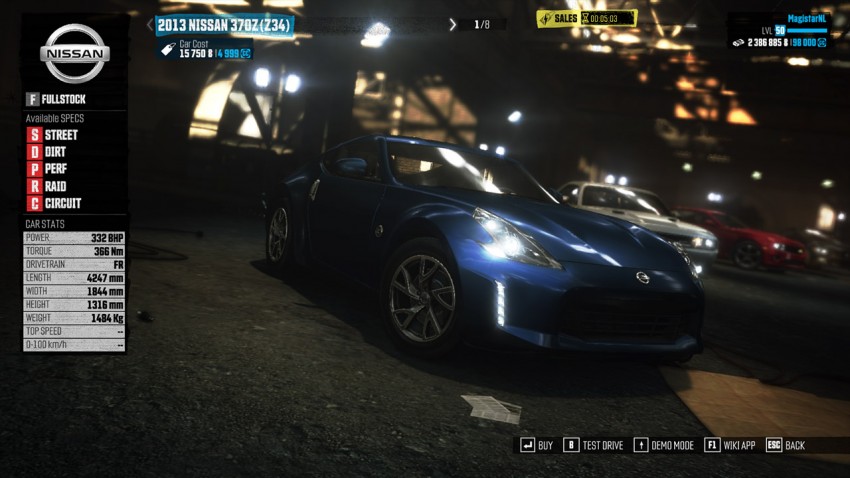 The best Starter Car on paper

If we look at raw performance figures then the 2012 Dodge Challenger SRT-8 392 has the highest top speed (293 KM/h!), the fastest 0-100 time and the best weight/torque ratio. However the Nissan 370Z has secret stats. GameplayInside has tested the Nissan 370Z and with full stock the car is limited to 255 KM/h, making it a bit faster than the Ford Mustang GT and the Chevrolet Camaro.

But what about handling? In a driving game a car is only as good as its handling, unless you are participating in a drag race.

GameplayInside completed 6 timed laps with all four stock cars. Obviously during the game you will unlock better specs and parts. However the early street spec performance will be very close to the “stock” performance.

Surprisingly the Ford Mustang GT is about as quick as the Dodge Challenger! This can be explained by the Ford’s superior handling. The Ford just sticks to the road making it very fast in corners. The Dodge Challenger’s handling is the opposite. It handles like a “boat” but makes up time on the long straight roads. The Camaro SS also has “boat” like handling but is a lot slower. The Nisssan 370Z has sharp handling but accelerates too slowly.

What about The Crew Endgame performance?

But what happens when you progress during the game and use these cars with level 40 kits and perks? All cars received the Level 40 starter kit that equips them with Level 40 Bronze performance parts. All performance perks were equipped (handling, acceleration, braking, speed) from the headquarters. Making all cars level 749.

The Dodge Challenger has the highest acceleration, speed and brake power. The only thing where it lacks is grip. It is also quite heavy. Therefore you can expect this car to be like a rocket with the handling of a boat. The best grip (handling) award goes to the Ford Mustang GT 2011 which has a significantly higher grip than all other cars. The Nissan 370Z has the worst grip and does not excel at anything. Finally the Camaro might look cool but it is mediocre compared to the Challenger and Mustang.

Power and torque don’t mean much without taking into account the weight:

Again the Dodge Challenger is a power house scoring the highest on power to weight ratio and torque to weight ratio. However the Nissan 370Z and Ford Mustang GT are not that far behind. This is quite balanced.

To summarize; the Ford Mustang has the best handling but the Dodge Challenger is a power house when it comes to speed, acceleration and breaking. The Nissan 370Z is miles behind the other 3 cars. Finally the Camaro SS does not excel anywhere. It does beat the Mustang at acceleration but it loses big time on grip.

So what is the Best Starting Car in The Crew?

Personally I went with the Ford Mustang GT, after all it looks much cooler (at least I think so!) and it is a safer bet. However my friend went with the Dodge Challenger. We did a lot of missions together and I can tell you that I had a much harder time keeping up in the earlier races. Most of the races have very long straight roads and this is where you are losing time. Unlike other racing games, such as Test Drive Unlimited 2, you will seldom encounter tracks that have a lot of tight corners. Therefore the Ford’s superior handling is most useful for avoiding traffic. But if your opponents are lucky (or AI) then there is no real advantage.

So there you have it; I recommend the 2012 Dodge Challenger SRT-8 392. Just make sure you take the time to break before a corner! 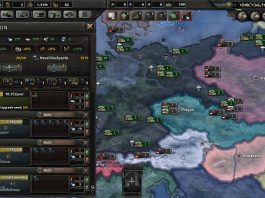 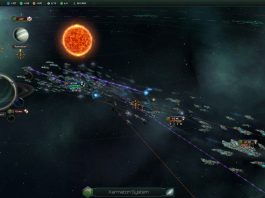 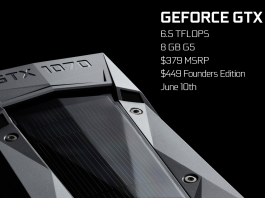 Nvidia Geforce GTX 1070 performance benchmarks – Is it worth the...