So you want to learn more about Firefall Gliders? You have come to the right adress! This guide will cover all the basics and more advanced features of gliding.

Recap of the official Firefall Tutorial

You will need one of these: 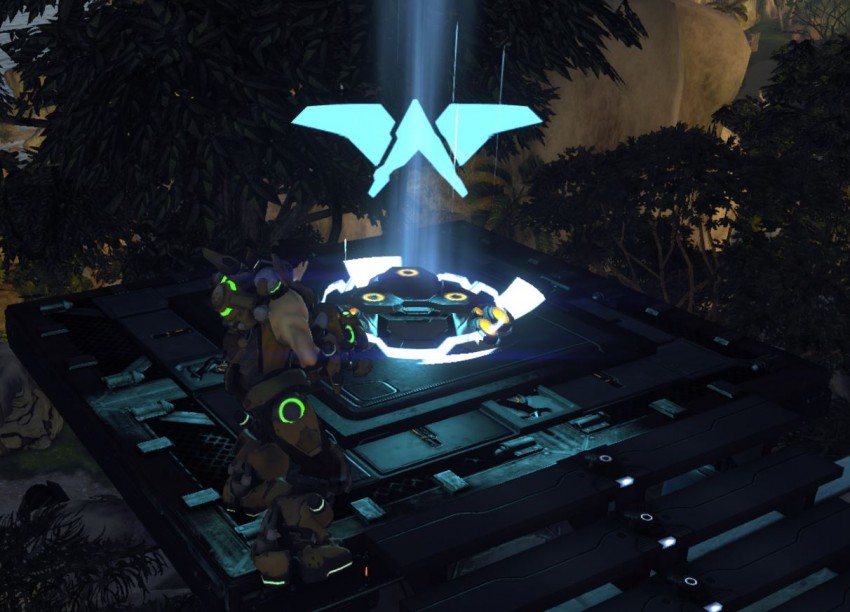 Fixed glider pads are found throguht the world. You can purchase or craft your own personal glider pad to place wherever you like. Some even have special colors and designs.

Keep the marks on either side of your reticle white:

Try not to make sudden changes in direction, you might stall.

Types of Gliders in Firefall

* comes with special designs offered seasonally. The * indicates a special name (e.g. Cherub).
† does not plant a glider pad, but instead immediately launches the player into the air.

Some gliders have attributes attached to their name:

What shift and space bar do while gliding

Pressing space initiates your jumpjets while gliding. They do not reopen.

If you hit terminal velocity (the kill speed), you cannot jumpjet or reopen your wings.

Some abilities and calldowns can be used to extend your glide or give you powered flight. This can be especially useful when completing the Going the Distance achievement (gliding over 5,000 meters without touching the ground).

Abilities that give you a boost can help extend your glide. For example, pitching up and activating afterburners will add height to your glide (remeber to pitch down to white to prevent stalling after the boost ends). Below is a list of abilities that can be used with glider pads:

Hoverpads, available as either a consumable or a recharable calldown, can give you powered flight if you place it next a glider pad and walk over both at the same time.