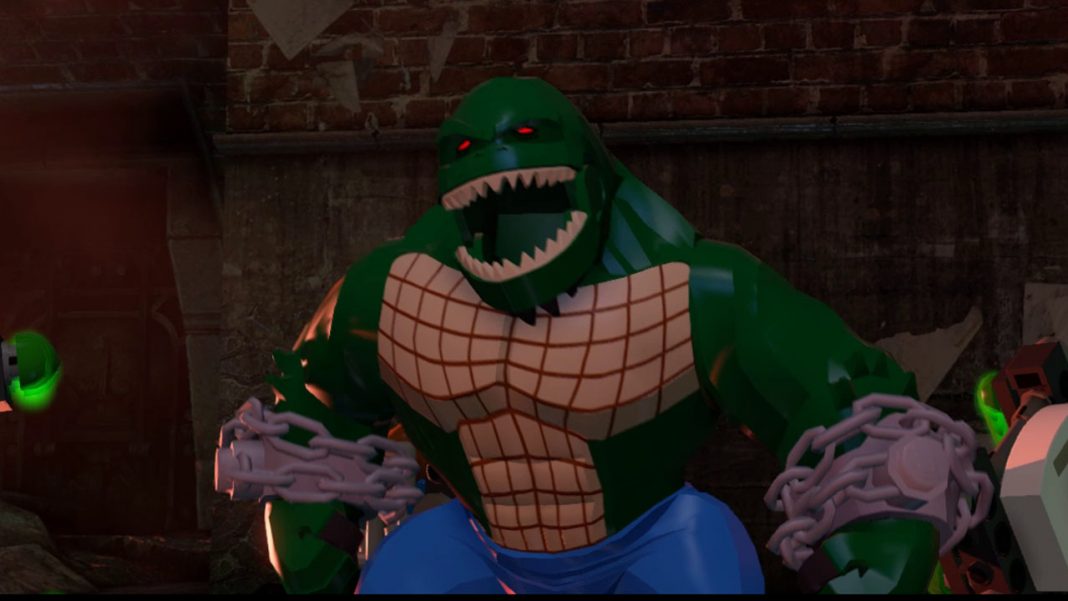 LEGO Batman 3 Beyond Gotham Walkthrough for the first level called “Pursuers in the Sewers”. In this level you will attempt to defeat a boss called Killer Croc.

This walkthrough is a story guide meaning it only uses characters that were unlocked for that specific level. So this is not a freeplay 100% guide. You will need to finish the story for that first.

Video of level 1 Pursuers in the Sewers

Walkthrough of Level 1 Pursuers in the Sewers

Run around and break everything. Now use grappling hook to rappel up the wall and jump across the platform. Now pull the trigger and valves will open and the water level will drop. Now you can destroy the final pieces of lego.

With all pieces destroyed you will notice bouncing lego blocks. Use them to construct a machine for Robin. Now use robin’s hazard suit to vacuum op pieces of lego. When you have enough (25) put them into the machine. This will construct a canon. 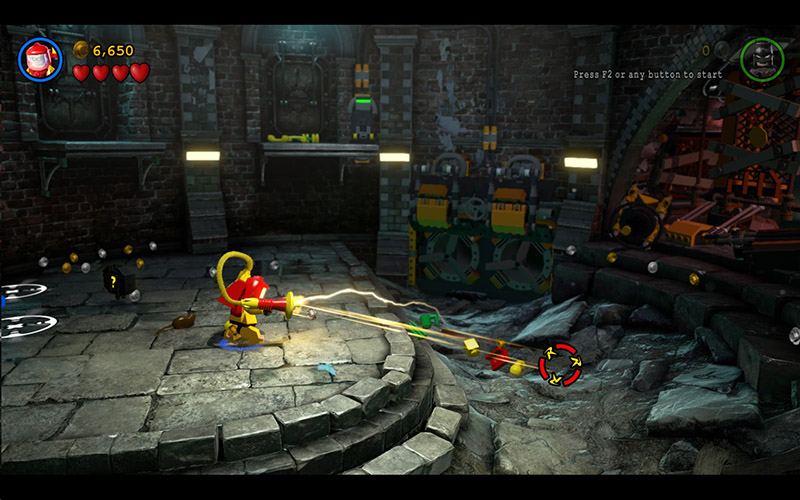 Pull the hook on the cannon to align it properly. Now it will automatically fire and destroy the walls. 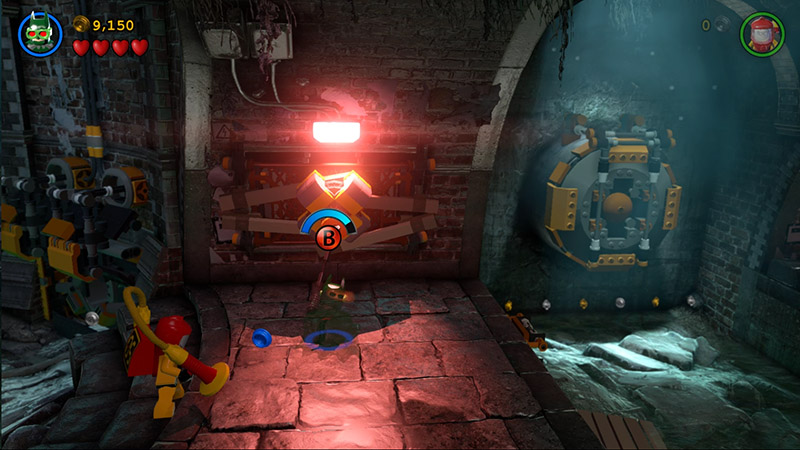 Now batman will need to use his Sensor Suit to solve a puzzle hidden in the wall. Simply align all pieces so that water can flow from the top left to the bottom right.

Continue moving through the level until you see green goo. Use Robin’s bio hazard suit to safely move over the green goo.

Once on the other side destroy everything until you see bouncing lego blocks. Use them to construct a special device that will lower the stairs. 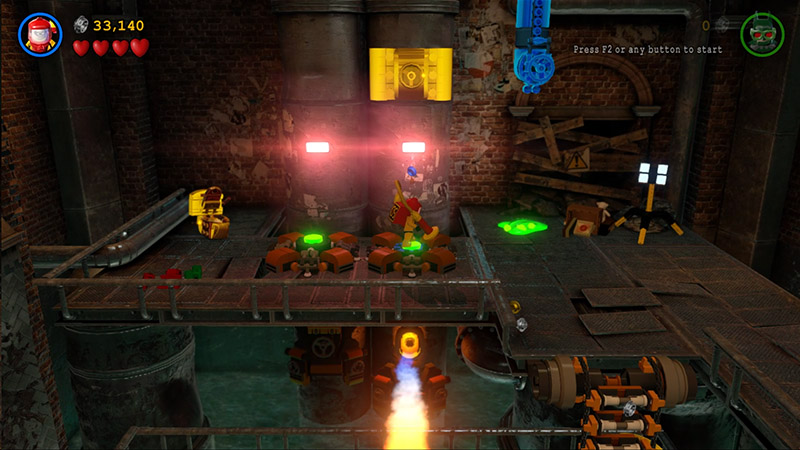 Move to the right side and use Batman’s Sensor Suit to scan the area. This will unlock another level to pull. Pull the lever to destabilize the train. Now you can jump on the train and move to the next room.

Use Robin’s Bio Hazard suit to move through the green goo. Now change the lever to unlock a bridge on the right side. It will also remove most of the green goo so batman can safely pass. 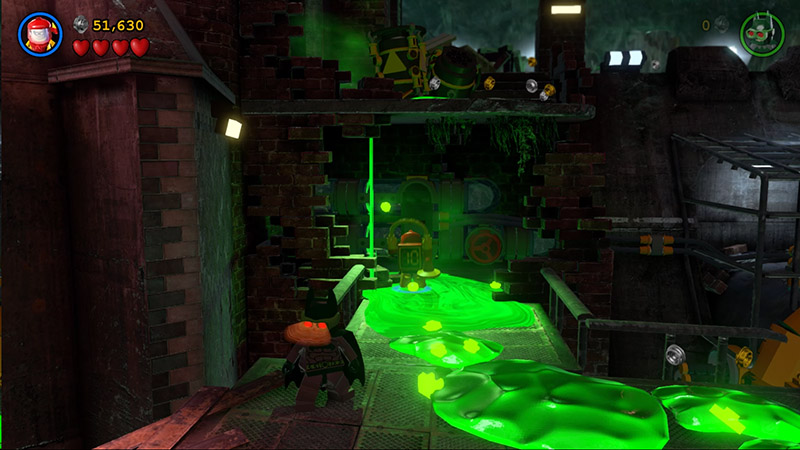 Jump across the bridge. Now pull the lever to lower the stairs

Destroy stuff unil you see bouncing lego blocks. Use them to construct a lever. Now pull the lever to open the sewer gate. 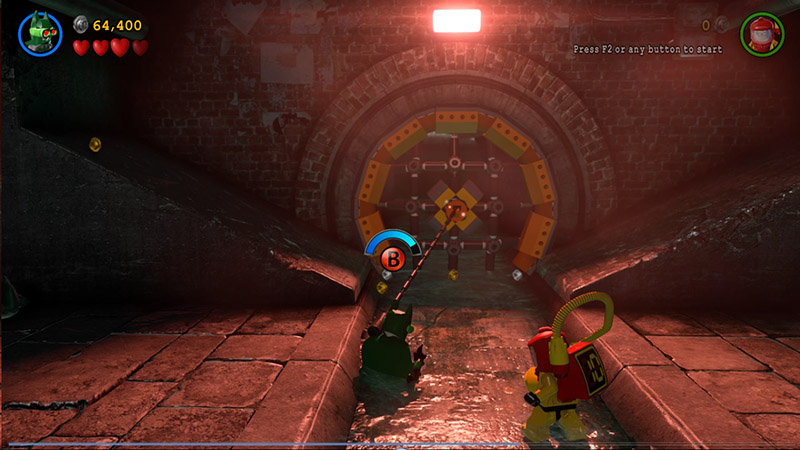 Use batman’s sensor suit on the left (or right) side. This will unlock a red button to jump on. When you jump on the button a hatch will open and it will spit out lego blocks. Use Robin’s biohazard suit to vacuum these blocks (+- 15). Now repeat the same process on the other side.,

Once you have your 30 lego blocks return to the machine in the center and put the blocks in the machine. This will construct a cannon that can takedown Killer Croc.

Jump into the machine and keep spamming the action button. 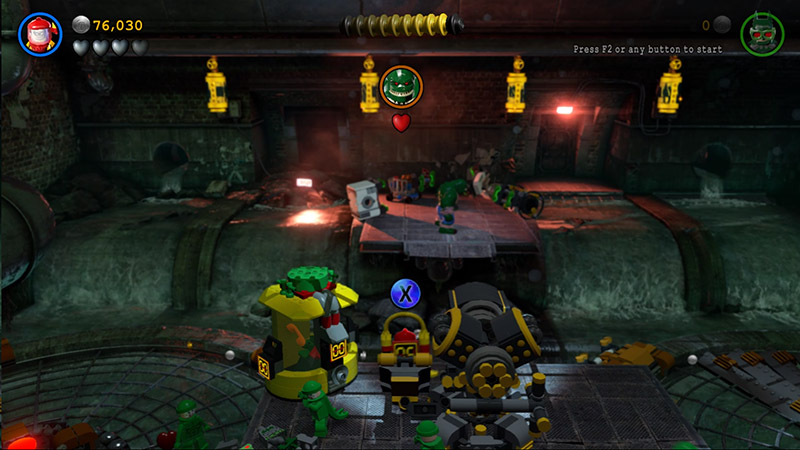 Suggestions or questions? Feel free to post them in the comments!