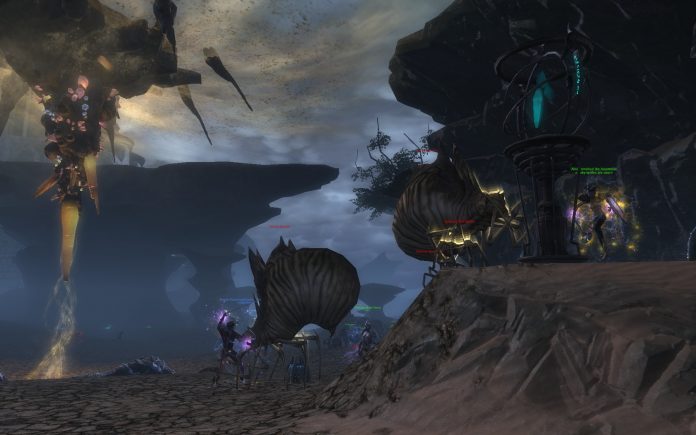 Do you want the best essences in the game? Then you will need to get your Lycini notoriety up to Venerated! GameplayInside will list the most effective ways of farming Lyncini rep.

Even if the weeklies are not the fastest way to gain Lyncini the other benefits can not be ignored.Because you will need Infinity Stones regardless of reputation I recommend always trying to complete the weekly quests.  The Great Hunt Rifts are not very effective, especially since you are dependent on a group.

Overall the best way will be to close a lot of level 50 Rift Tears, it can be boring but you can do this easily by yourself and it will save you a lot of time.

Both Fire and Air rift provide Lycini rep on completion. A common misconception is that the fire Hellbug rift provides more reputation, this is untrue. All rifts provide exactly the same ammount of rep. The differences in mobs are compensated by the wave completion bonusses.

The player should open level 50 raid tears in Peledane or Cape June. Higher level Rifts do not provide additional reputation rewards and take longer to close.

Closing an air rift will take a team of two players about 2 minutes. It is important to open only air rifts (ascended abilities) because the fire rifts have some types that take a lot longer. For example one of them requires the player to jump 3 times on 6 mobs and feed a giant monster.

Hunt Rifts can be completed solo by opening a level 50 tear in Peledane or Cape June. However because the defence waves have a fixed count down timer of 2 minutes they take at least 6 minutes to complete.

Completing an Air or Fire based Hunt Rift will provide the player with 675 Lyncini notoriety (945 with patron). Assuming it wil take 2-3 minute to find the next Tear the player can do up to 7 per hour.

Keep in mind a lure is required to start this event which costs 5000 to 7000 planarite.

Great Hunt rifts are not a very time effective way to farm lyncini rep. They will only provide about ?1100 ” rep and take at least 10 minutes to complete. The maximum number of GHR’s per hour is about 4. Resulting in only 4400 rep / hour.

Great Hunt Rifts require a group of 15-20 players, and a Great Hunt Lure of the appropriate type (fire or air).

Keep in mind that only the Air and Fire type bosses will provide Lyncini rep.

There are 3 weeklies that each provide 2500 reputation on completion. This results in 7500 notoriety with Lyncini (10500 with Patron). Assuming it takes 2 hours to complete the weeklies this results in 3750 rep / hour. Again patron will get more; 5250 per hour.

Although the Rep/hour is not very impressive the other rewards are! Each will provide the player with 650 infinity stones and +- 450 slayer marks.

Completing a Chronicle will reward the player with 2 x 100 notoriety. Unfortunately a chronicle usually takes 30 minutes  to complete (for a new player). Therefore the rep gain per hour is a mere 400! With over 200.000 rep this is definitely NOT the way to go.