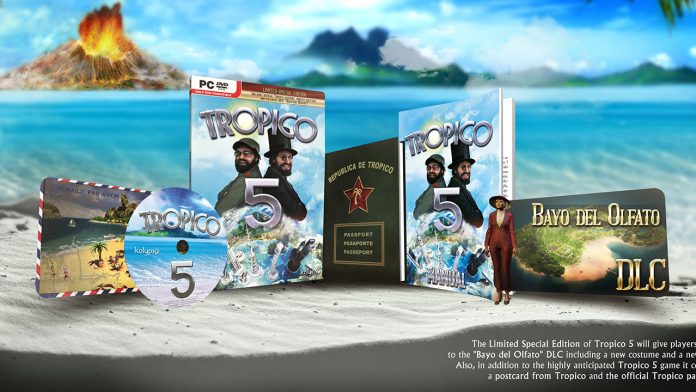 Unfortunately in today’s world all games seem to need patching. Luckily Tropico 5 has seen several patches since its release. However not all of them have been properly introduced. Therefore this patch note overview was created. Currently no release notes were found for patch 1.05 and 1.07.

When relevant the most important fixes have been mentioned (so that you don’t have to read the entire list).

Most important: The new population limit slider, the ability to disable the (annoying) minicam and improved teamster efficiency.

Most important: Fix for the loss of resources when a mining node is depleted.

– Multiplayer: Fixed an issue with constructions appearing finished after loading a savegame
– Multiplayer: Fixed an issue with players sometimes not getting a message when another player loses the game
– Fixed a crash related to road construction
– Gamepad controls improved – text input, manager assignment
– Fixed an issue with Almanac lists resetting periodically to the first page when there is no selected item
– “Agricultural community” achievement now correctly counts all types of agricultural buildings
– Mined resources are no longer lost when a mine deposit is depleted
– Full controller support in all areas of the game

Most important: Ability to save and load for multiplayer (should have been in the game at launch!).

Got remarks or suggestions? Feel free to respond in the comments.